Comment: All of these letters were sent via e-mail using the Reno Public Library computers and Internet server. I saved my "letters in process" as Yahoo Drafts and then kept one final copy that you see now as part of my web site. There are at least two letters missing that I wrote about my vacation in Ecuador and trip across the USA with stops in Washington, DC and Northfield, MI. I wrote these while I was staying with John & Janis, in Placerville, CA, from November through mid December 1998.

Here are the pictures that I took in Washington, DC.

Note: I took pictures in Washington, DC while we were 'staging' for Bulgaria and then again when I returned from Bulgaria/Ecuador. I have decided to combine those pictures and post them all here.

War Memorials:
The two pictures on the right in the vertical row are of the Viet Nam War Memorial; better known as the 'Wall'. The the Korean War Memorial is directly above. I did not see it at night but have been told that it is lighted in such a way that the statues appear alive. The statue on the left is also a Viet Nam War Memorial that is just before you go down to the 'Wall.

Seats of Power:
The top picture in the left vertical row was taken from the Capital steps looking up the Mall toward the Washington Monument and up Pennsylvania Av. Where I later took a picture of the White House. Then there are two pictures of the U. S. Capital Building. 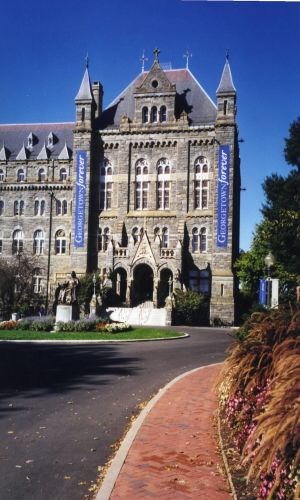 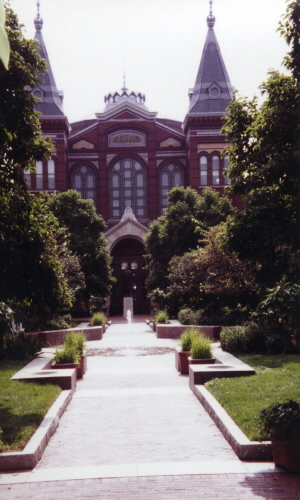 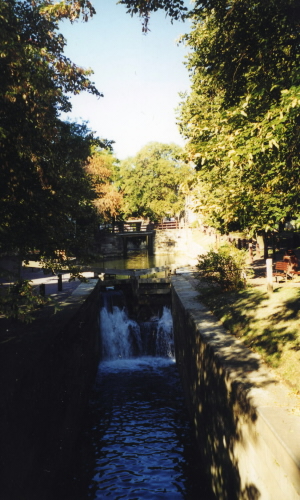 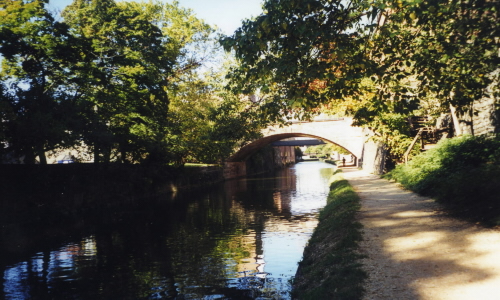 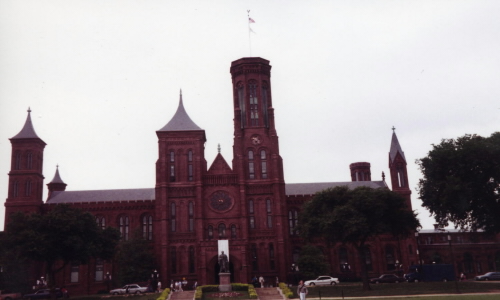 These are the pictures of Henry Ford's Greenfield Village in Dearborn, MI while visiting Clyde (OFC Panjandrum) in Northfield, MI.

Greenfield Village-Buildings:
The row above has a historic train depot that is still in use, it now serves as the Amtrak depot for Dearborn, MI. A reconstructed New England village with the commons/village green. A very pleasant and scenic path between major buildings that has a few minor buildings along it such as the log cabin on the right. Here there is the bicycle shop of Oliver and Wilbur Wright; it has lots of bicycling and early aircraft 'stuff' inside. Then one of the first Edison power plants; it also has a lot of Edison museum pieces.

Greenfield Village-Farm:
A 19th century working farm that although it is small by todays measure is probably reflective of the period. Look closely and you can see two people on the front porch, they are in period dress as were all the staff that work at the Village. It is a working farm as shown in the following three pictures of a manure spreader in action. A beautiful team of horses that appeared to be enjoying the days work.

This period was devoted to moving back to Reno, renting an apartment, renting some furniture and getting my stored "stuff" delivered. It is not as frustrating here as it was in Zlatograd but it still took longer with more problems and delays than I thought necessary. I am sure that other Returned Volunteers are also faced with the problem of credit checks and questions about how much was your salary for the last two years. It is a little difficult to come back to the "world" and pick up where you were when you left; this is just one aspect of that.

I then started the job-hunting process. I have utilized the computer and e-mail service offered at the main library here in Reno for typing letters and changes to my resume. However, the printer is poor and I have taken the finished resume to Kiko Copy for a good original and copies. That is working out fine for now; particularly when the cost of computer time is $1 at the library versus $12 an hour at Kiko. I also am not faced with a server connect fee for e-mail at the library, it is free, but I must wait for my allotted 30 minutes of connect time.

I also spend time each day with the local newspaper to catch up on current events, look for help wanted ads and re-acquaint myself with Reno culture. Something that I found in the Editorial Comments section troubled me for a few days but I think I have finally discovered the meaning. I will first give you the statement as it appeared in the paper.

Testing requirements should not be raised. The tests have already indicated that the students have not learned what we are supposed to be teaching. Instead of focusing on raising standards and requirements, we should focus on improving the quality of education.

This was telephoned in by someone in Reno concerned about the raising of Achievement Test requirements for graduation from High School. The improving the quality of education part confused me. It seems to me that raising standards does just that but I am thinking that quality means excellence. The way the caller is using the term is in a sense of the character of education, how the education is provided or maybe the social equity of the education, NOT excellence in education. This thinking is going to lead to a decline in excellence even if the caller gets their quality they are looking for. I also have a problem with students have not learned what we are supposed to be teaching; is it only the responsibility of the teacher? I recently heard "When the student is ready to learn, the teacher will come." There is some responsibility on the part of the student also but we in the US no longer require responsibility by anyone!